Welcome to the land of eternal sunshine—where the sand is warm, the water pleasant and those seeking the cool can find refuge in the shade a rainforest canopy. Queensland is Australia’s Sunshine State; the place commonly known to be beautiful one day, perfect the next. With an average of 260 clear sunny days a year, it’s easy to see why so many people flock to the state’s many superb destinations, all year-round!

The weather in Queensland is a mix between temperate in the south and tropical in the north. This is because the latitudinal Tropic of Capricorn runs through the state’s centre. In the north, the sun shines bright and the temperatures average 31°C year-round! The seasonal differences are unlike the rest of the country—rather than a traditional “summer” and “winter”, there is a “wet” and a “dry” season. The wet season runs between November and April, with the peak occurring in the Australian summer (December to February) and the dry is between May and October.

In the south, year-round temperatures average 20°C. There are two main seasons, winter and summer, and two sub seasons, autumn and spring. These tend to bleed seamlessly into one another and the differences are not overly dramatic. The warmer months (September to February) gradually get more humid and showers are to be expected; the cooler months may call for a light layer or two!  Despite this, this half of the state really is quite pleasant and you’ll often find people swimming or surfing (without wetsuits) no matter the time of year!

NOTE: Inland temperatures differ to what is presented here. The seasons tend to be more dramatic, with cold and icy winters and dry hot summers. Generally, these areas are used for farming as conditions are perfect for crops. The scenery inland is beautiful and very typical of the Australian bush. While good to visit, these regions are not major tourist hubs.

Pack your bikini and board shorts, lather yourself with sunscreen and prepare for endless days by the beach! While the Queensland summer does differ between the north and the south of the state, balmy temperatures and glorious sunshine are two common elements. Queensland’s summer has it peak between December and February. The water temperatures are pleasant, night breezes are cool and tropical storms, while common (especially in the north), tend to occur mostly at night. Temperatures climb upwards of 30°C across the state. Inland, they have been known to reach above 48°C!

Forget your mittens and your beanie—you won’t need those here! Queensland’s winter is commonly referred to as “non-existent” by other Australian states (unless of course you’re travelling to the below-freezing inland!). Winter peaks between June and August, though this is a very loose term. While the temperatures do drop to around 21°C in the north and 15°C in the south, the days are dry, sunny and absolutely beautiful! During winter, Queensland acts as a refuge for the rest of the country. The coastal areas are seen as the perfect place to escape the cold and soak up some Vitamin D!

When is the best time to visit Queensland?

Queenslanders typically live an outdoor lifestyle and, with perfect conditions all year-round, it’s not hard to see why! The best time to visit largely depends on where you want to go and what you want to see. If rainforests are your thing, it might be good to avoid the summer. As this is the wet season in the north and the most humid time in the south, walking conditions are damp, though not completely unbearable! The state’s southeast beaches tend to be a summer icon. While this does make them crowded, the water temperatures are perfect and ideal for cooling off! It’s important to remember that summer means “Stinger Season” in the north. Between November and March the waters upwards from Rockhampton become home to box jellyfish. Swimming enclosures are in place to protect swimmers and special suits are recommended when exploring the reefs. If you’re travelling anywhere from 1770 or below, you will not need to worry about this!

Still not sure when to plan your Queensland holiday? Talk to our Holiday Experts today to find out more! 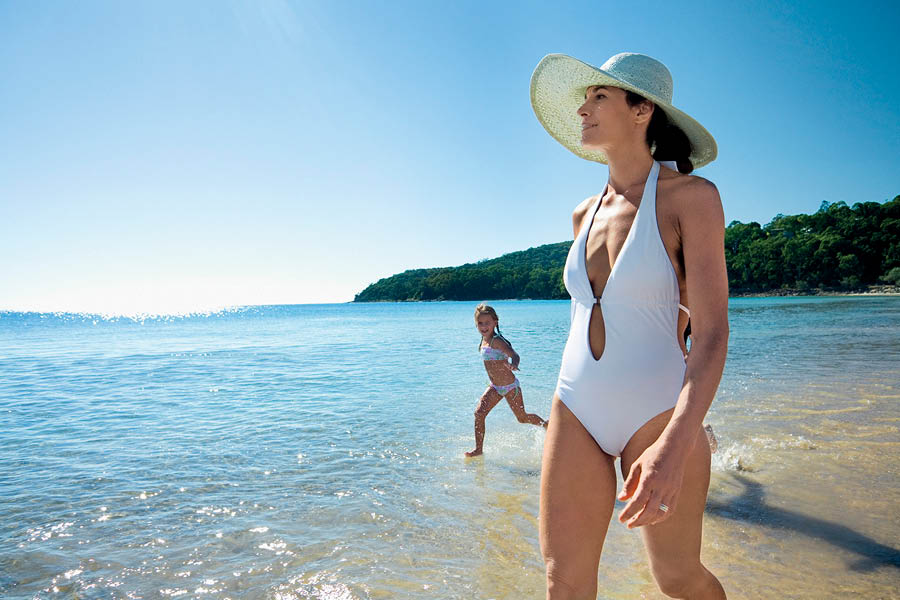 Experience the wonders of the Sunshine State with an exclusive My Queensland deal. Explore the urban hubs of the southeast, the tropical wonders of the north or any of the sleepy beach towns and bushlands that are hidden in between. Our Holiday Experts have hand-selected the best of the best for you and our packages will get you there for an incredible price. With flights, accommodation, transfers and bonus value extras, you’re sure to enjoy Australia’s playground with a Hot Queensland Deal!